A history of the Savacentre hypermarket chain

Sainsbury’s began the 1970s in a strong position. Profits were good and branches were opening across an ever-increasing area. But new chairman John Davan Sainsbury always had an eye on wider developments in retailing and opportunities to diversify. One notable trend was the rise of the hypermarket, defined at the time as stores usually in out-of-town locations including over 4,600 square metres (50,000 square feet) of selling area, large car parks and often concessions such as pharmacies, post offices and dry cleaners. All the foods one expected to find at a supermarket would be sold, plus a wide range of non-food items, and economies of scale meant that prices could be kept lower than smaller stores. In Britain few hypermarkets had opened but in France they were well-established. The result of Sainsbury’s attempt to match this success was Savacentre. 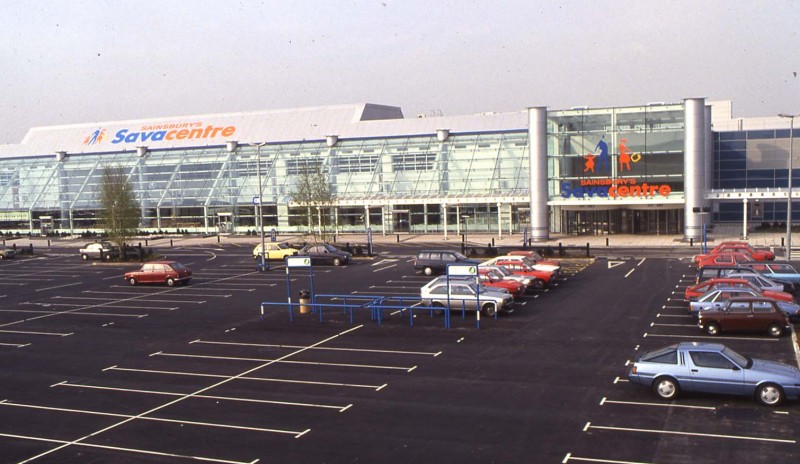 The new company is created

Sainsbury’s announced its intention to enter the hypermarket business in April 1975, when it formed a company jointly with department store chain British Home Stores (BHS). Each would own half of the new venture. Great excitement greeted the prospect of a store which combined BHS’s ‘considerable knowledge’ of textiles, household goods and home lighting with Sainsbury’s own brand food. ‘While the new company will operate as an independent entity it will be backed by the buying resources and knowledge of the parent companies’ Sainsbury’s 1975 Annual Report noted, ‘thus bringing a unique degree of quality to British hypermarket trading.’ Strict planning regulations were a significant initial hurdle. At that time all stores over 50,000 square feet had to be approved by the Department of the Environment. But by early 1977 sites for three hypermarkets had been obtained. The first to open would be at Washington, Tyne and Wear, close to the major conurbations of Newcastle and Gateshead, Sunderland and Durham. 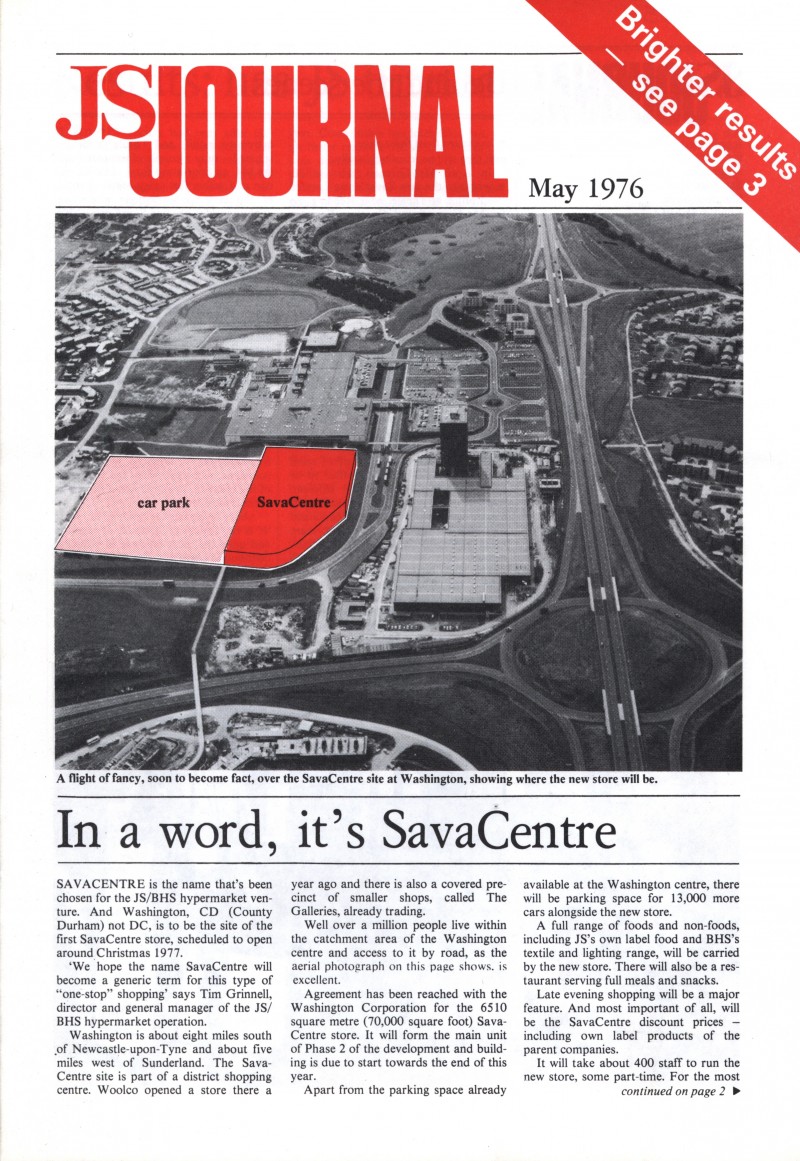 The name chosen for the new company was ‘SavaCentre’ (in later years generally stylized as ‘Savacentre’). Sainsbury’s design team produced a ‘hard-hitting and controversial’ symbol for it which represented ‘the dynamism of the parent companies’ and, through its blue and green colours, the rural surroundings of Savacentre stores. A head office was located in the village of Theale near Reading to allow easy access by car to future hypermarkets across the country. In 1981 this moved to nearby Wokingham. 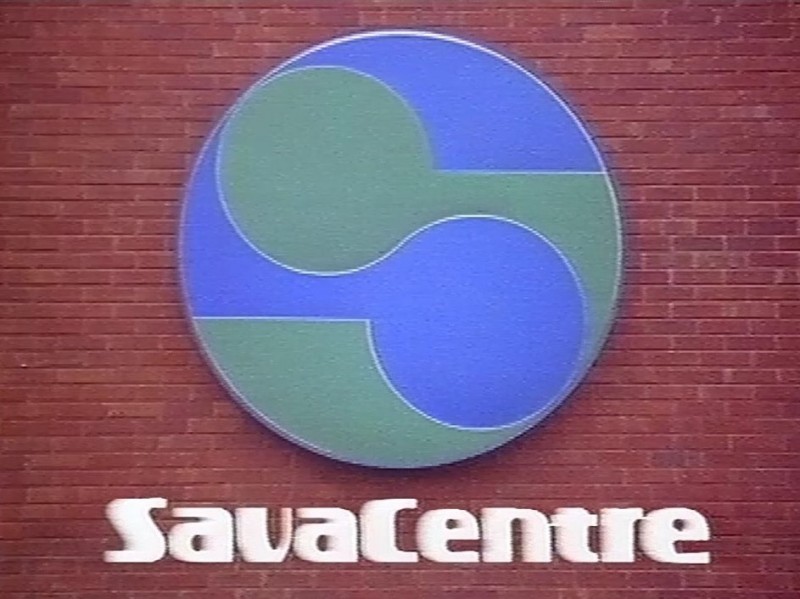 The Washington Savacentre opened on 15 November 1977. It had a sales area of 6,500 square metres (70,000 square feet), half of which was devoted to textiles, electrical goods and hardware. There were parking spaces for 1300 cars (not 13,000, as Sainsbury’s staff magazine ‘JS Journal’ mistakenly reported the previous year!). It cost £3 million to build and took around 500 staff to operate. All management information was processed on a central computer linked to mini computers at each of the 36 checkouts, enabling detailed reports on takings, customer numbers and sales of certain items to be printed out every hour. This was a first for a British retail company. 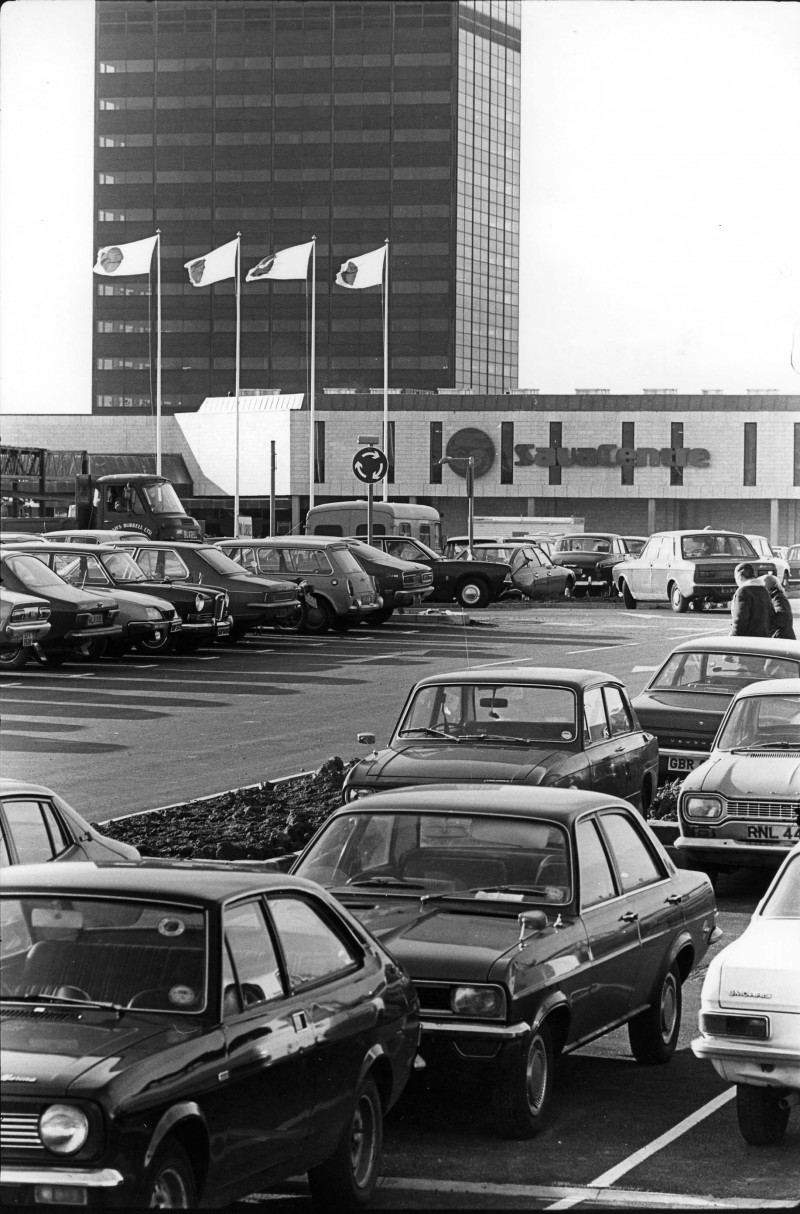 The computer system coped well with a constant stream of customers on the opening day. Although the pre-opening firework display and balloon launch had to be cancelled due to a firefighters’ strike and high winds, over 10,000 people poured in. 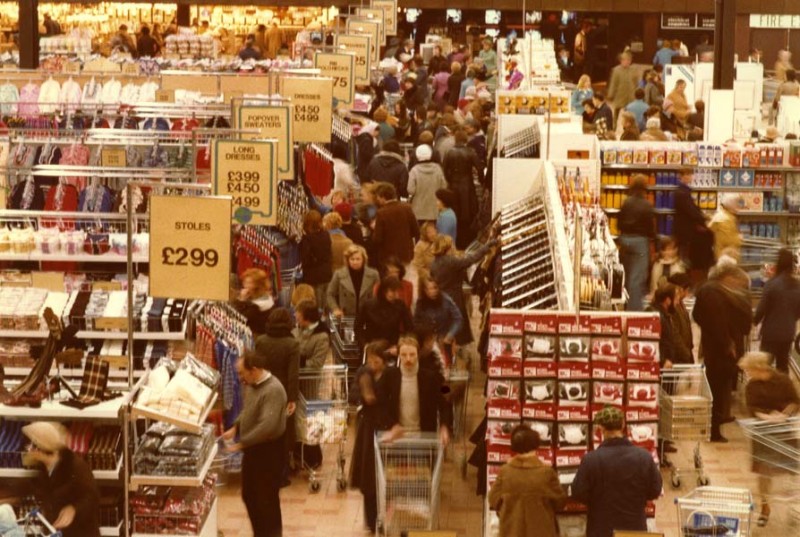 The new store featured many highlights besides the wide range of merchandise and low prices. The design concept, largely the work of Sainsbury’s designers and architects, provided eye-catching promotional areas and striped colour codings to identify departments. A 380-seat restaurant impressed customers with its quality and a menu featuring duck à l’orange. As well as a bakery and delicatessen there was a fresh fish counter (including a 120kg shark) which was the inspiration for similar counters later opened in many Sainsbury’s branches. 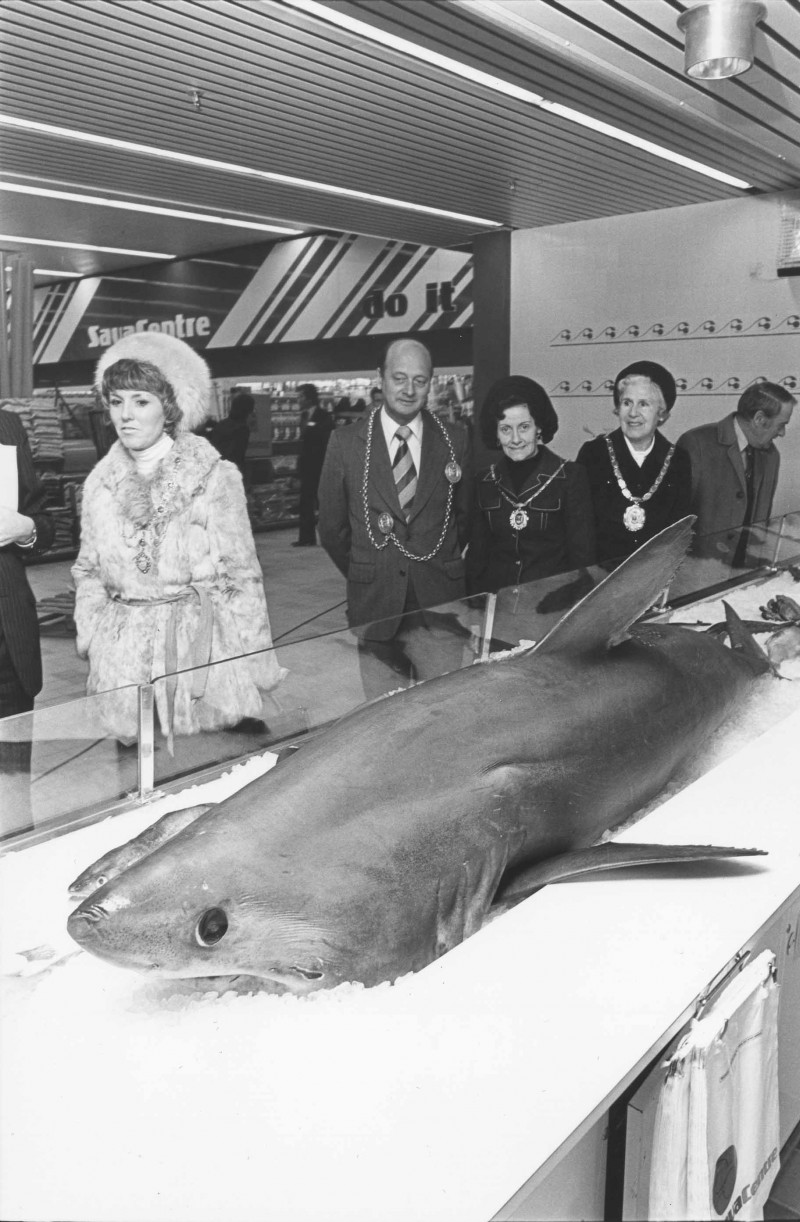 Turnover continued to meet expectations in subsequent weeks, and letters ‘full of praise’ flooded in. Four weeks after opening shoppers were still having to be turned away on a Saturday because the store was too full. Sainsbury’s had yet to open any supermarkets in the northeast of England, so lots of customers were keen to buy its own brand products for the first time and demanded an even bigger selection. It was an exciting time for the staff too, who felt they were ‘pioneers’ and ‘at the centre of something new’. 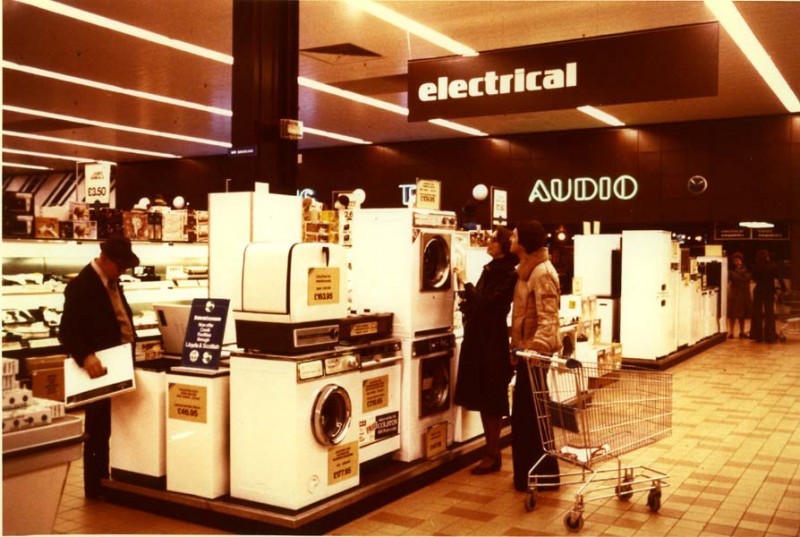 The success of Washington was soon replicated, as by March 1980 Savacentres had opened at Hempstead, near Gillingham in Kent, and Basildon in Essex. Each had sales areas and staff numbers on a similar scale to the first hypermarket. Many shoppers at these southern Savacentres, unlike those in Washington, were well used to Sainsbury’s goods, but getting them cheaper in Savacentre was a major attraction. Also popular were the opening hours, which allowed for more evening shopping than Sainsbury’s branches. The fourth Savacentre opened in October 1980, at Oldbury in the West Midlands, and the fifth in September of the following year at Calcot, a suburb of Reading. These stores were so large that air handling units had to be airlifted onto their roofs by helicopter! 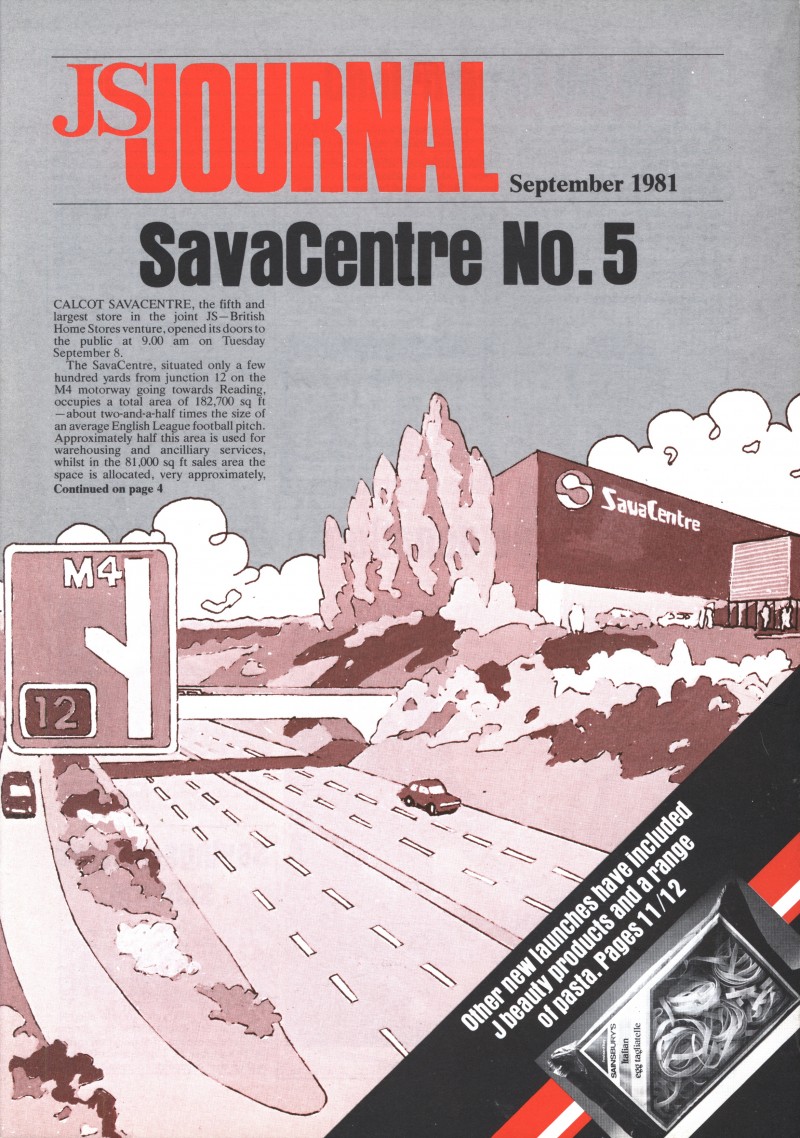 The company had got off to a promising start. In Sainsbury’s 1980 Annual Report John Davan Sainsbury told shareholders ‘[sales] have outstripped our most optimistic forecasts. The volume of trade being achieved by the first two hypermarkets has caused us to review the systems necessary to handle an intensity of sales per square foot that is rarely achieved in hypermarkets anywhere in the world.’ The complexity of planning such large stores and the need for Sainsbury’s and BHS to focus on their core businesses meant that the next Savacentre did not open until late 1984. But when it did, at Cameron Toll on the edge of Edinburgh, it represented a significant milestone as Sainsbury’s products went on sale in Scotland for the first time. Murals were installed inside the store to celebrate the city’s architecture and history. 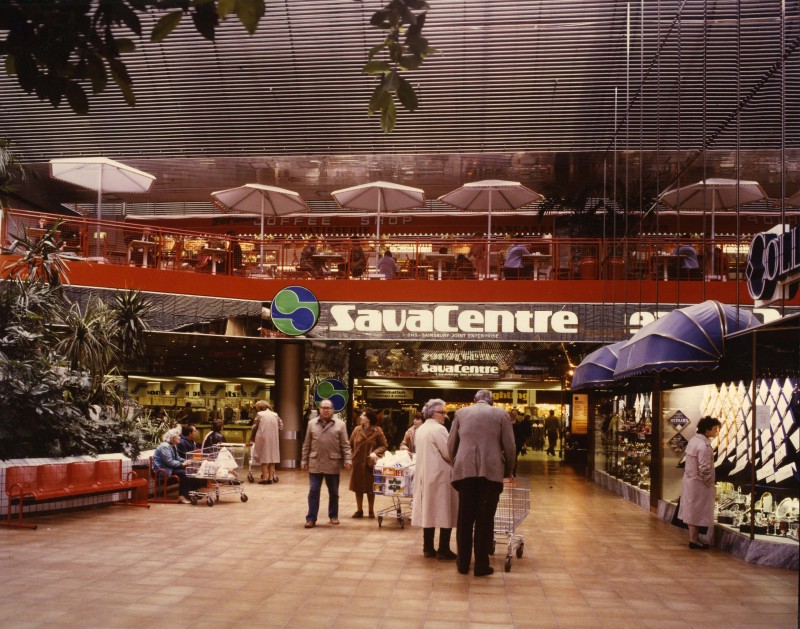 Savacentre continued to trade profitably for the rest of the 1980s, and in February 1989 opened a store in Merton, southwest London. Just two weeks later came a major development: Sainsbury’s announced the acquisition of BHS’s 50 per cent holding in the company. The agreed price was £123 million, and Savacentre became a wholly owned subsidiary of J Sainsbury plc. The move was not altogether surprising as food made up around 75 per cent of the company’s turnover. The hypermarkets were now branded ‘Sainsbury’s Savacentre’ and featured a new logo with a ‘modern family image’, created the previous year by the Conran Design Group. The first Savacentre to open after the acquisition was at London Colney in Hertfordshire. At 11,000 square meters (120,000 square feet), it was the largest in the company. 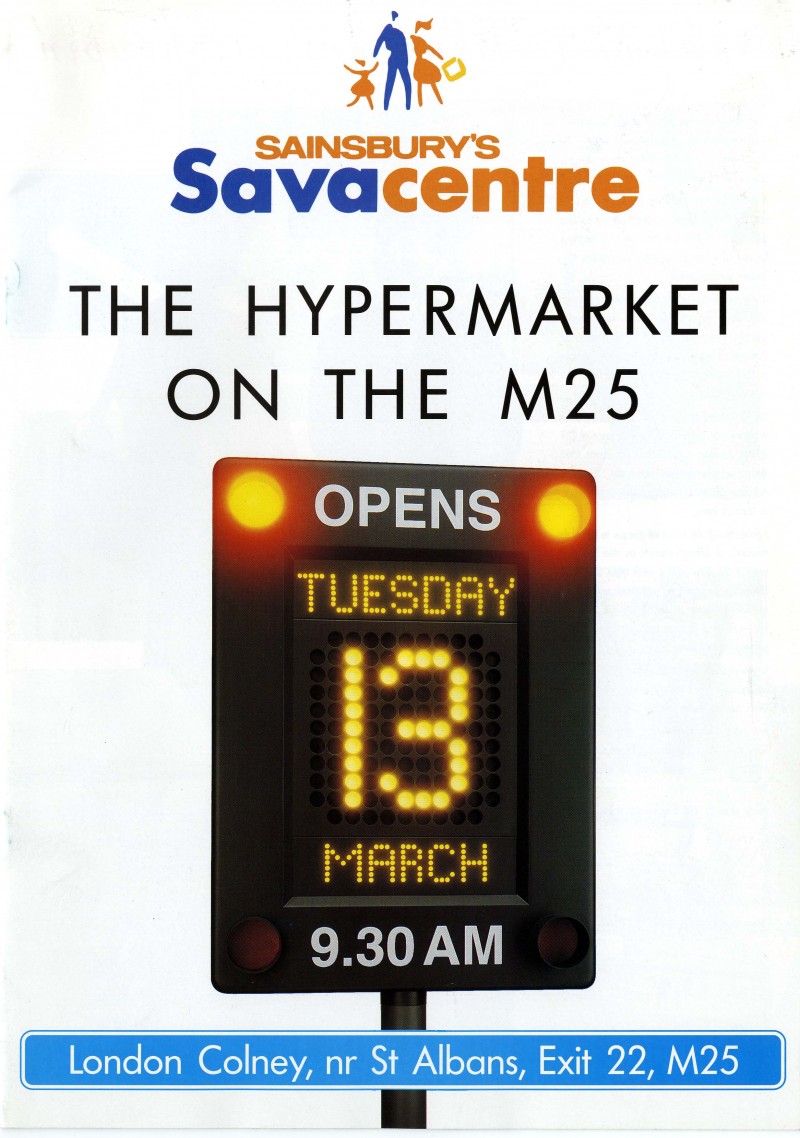 BHS products were gradually phased out from Savacentre’s shelves in the early 1990s, to be replaced in part by Sainsbury’s own offerings. Particularly successful were the Sainsbury’s ‘Lifestyle’ label—‘a comprehensive range of clothes for all the family’—and its successor ‘I.N.I.T.I.A.L.S.’. Non-food lines from other suppliers continued to vary widely, from ‘bargain books’ to ‘fine fragrances from famous names’. For a time three stores even sold Daewoo cars. 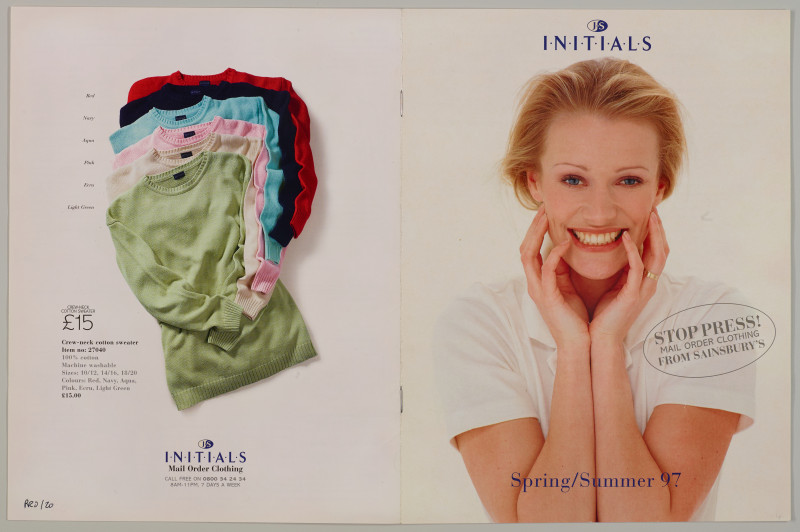 As well as new products, Savacentre's tradition of innovation extended into its marketing. Aiming to make visiting a hypermarket ‘more like an outing than shopping’, stores put on ‘family fortnights at Easter and October half term, with children's entertainment, cartoon characters, raffles and competitions, demonstrations, bouncy castles outside, sometimes even carousels and much more’. The opening of new Savacentres involved similar razzmatazz.

By 1997 the number of Savacentres had risen to 13, as hypermarkets were open in Sheffield, Beckton, Sydenham, Stockton-on-Tees and Leeds. A new type of store called ‘Bulksava’ was opened next door to Beckton Savacentre, selling multiple packs and cases of goods. Although this was only open for a short time, it did lead to the introduction of numerous bulk packs within Savacentre stores. At Sydenham the Savacentre name was emblazoned on the roof in letters large enough to be visible from Heathrow-bound aircraft (it can still be seen to this day). 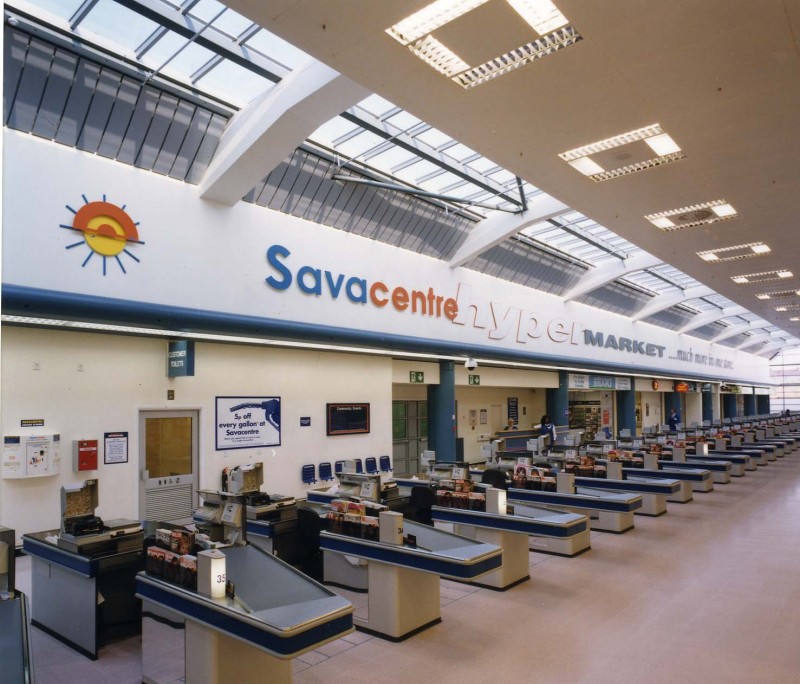 The end of the Savacentre brand

A strategic review begun in May 1997 determined that Savacentre should become ‘the flagship for the Sainsbury Group’. Food was to be emphasised even more, alongside ‘a focused range of associated products in four new categories: Celebration; Indulgence; Baby & Toddler and Cookshop’. This was rolled out at Calcot in 1998 and included ‘revolutionary retailing concepts’ such as ‘Food to Go’ and ‘Foods of the World’ counters. The following year, however, the Sainsbury’s board decided to integrate Savacentre into the main supermarket business. The head office in Wokingham was closed to avoid duplication of activities and the hypermarkets became Sainsbury’s largest store format. In 2002 the Savacentre name returned at selected supermarkets aiming to emphasise value and ‘attract family shoppers’. These stores returned to the main Sainsbury’s brand in 2005.

Most of the former Savacentres are still trading as Sainsbury’s stores today. Throughout their history they were important proving grounds for many concepts and products that would go on to be common in smaller supermarkets. If you remember working or shopping at Savacentre we’d love to hear from you via the Memories section of our website.