'The Sainsbury Book of ...' (series of cookery books)

This series consists of cookery books with the cover title, 'The Sainsbury book of...'. Also includes books giving guidance on beauty, exercise and...

This series consists of cookery books first published as 'A Sainsbury Cookbook' followed by the title and later editions and reprints became...

This series was originally published with the cover title of 'Sainsbury's food guide' before it became known as 'A Sainsbury guide' in 1987. It was...

This series consists of cookery books first published as 'Sainsbury's recipe library' this cover title was later dropped. Some of the volumes bear a...

This series was published with the cover title of 'A Sainsbury classic cookbook' and contains recipes from all over the world. The series editor was...

Part of 'Sainsbury's recipe library' books. Some of the volumes bear a label on the front cover which reads 'PUBLIC RELATIONS REFERENCE COPY - PLEASE...

Seven book series of vegetarian recipes edited by Sarah Brown which were available exclusively in Sainsbury's supermarkets and SavaCentres from May...

Series of recipe books published for J Sainsbury plc by Cathay Books until 1991 and by Reed Consumer Books Ltd. from 1993.

This series consists of recipe books with the cover title 'Sainsbury's 50 recipes for'. Each book focuses on a particular food e.g. bananas, lentils,...

Author Sally Major. Each edition includes a Microwave Owner's Log in the front cover for the reader to fill out. The cover image depicts a Chicken...

Contains a list showing the amount of nutrients and energy values of nearly 2000 items of packaged food sold at Sainsbury's e.g. a plain chocolate...

Produced in association with Family Circle. The recipes were first printed as a regular feature in Family Circle between 1984 and 1988 and come from...

Contains an A - Z reference section on packaging, storage and defrosting different foods and 150 recipes. 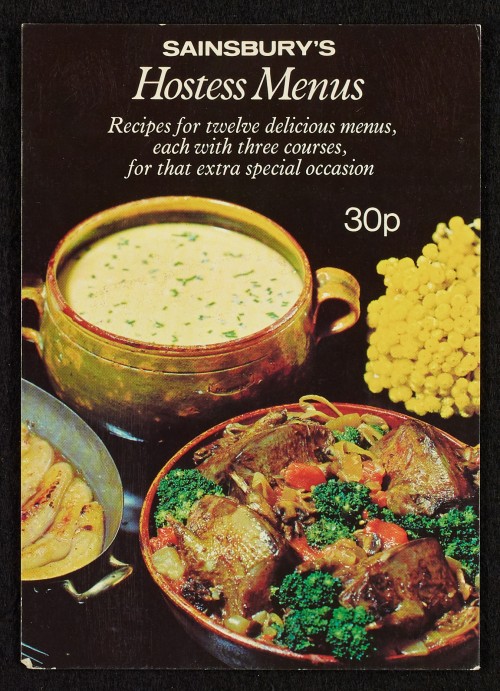 Twelve menu cards in a plastic pocket. Each menu card contains recipes for three courses for special occasions. The recipe cards are numbered 1 to... 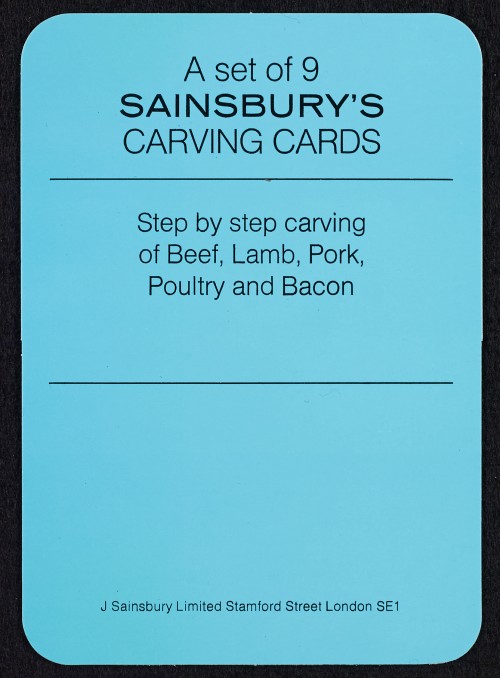 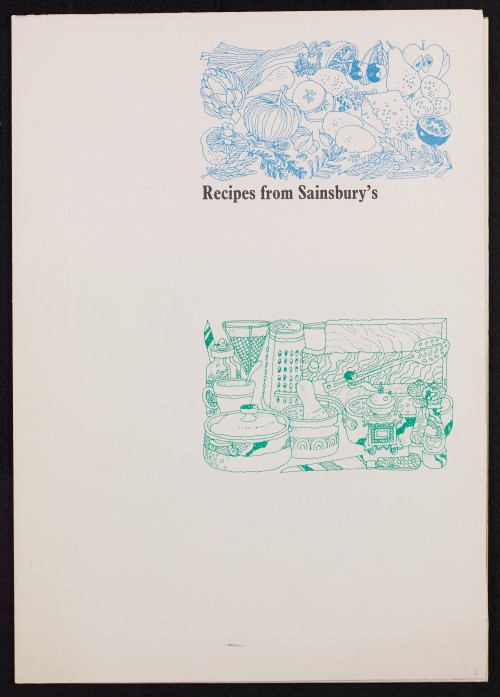 Sainsbury's first started selling cookery publications under its own brand in the 1970s including 'Sainsbury's help you add variety to your diet' in 1972, 'Food for One' and various recipe cards. From the 1980s to the present day, Sainsbury's have however been offering a much more extensive range of own-brand food and drink publications. This includes various extensive series of publications such as the 'Sainsbury's Recipe Library'.

Recipe cards which were given away free of charge in stores are not included in this sub-subfonds - see SA/MARK/ADV/3/4.